• 25 August 2020:
– RD announced the alternative way to submit the Disclosure Form Report via the internet by uploading an Excel file, to maintain the social distancing policy. This form is applicable for Thai tax entities who have total revenue of THB 200 million or more per one accounting
year.

– The Prime Minister and Minister of Defence denied the dictatorial order commanding Facebook to close the illegal page, namely Royalist Marketplace which contains a sensitive issues related to the monarchy. He insisted that all parties must observe the laws of Thailand and ready to apply Thai law for the lawsuit from Facebook.

• 26 August 2020:
– The Ministry of Economic and Society (DES) issued the notifications to close 1,024 URLs on the plateforms, such as Facebook and Twitter, which contain illegal contents.

• 29 August 2020:
– The deadline for land and building tax payment was postponed again by the end of October 2020 announced by the governor of Bangkok Metropolitan Administration (BMA). Some of the owners have not received the letter from the BMA, addressing the tax amount and payment.

• 1 September 2020:
-The government approved a THB 75 Mio budget for a study of 2 seaports and another THB 90 million for the highways and railways, under the passageway construction project connecting between Indian and Pacific oceans. The planned route will reduce the congestion of the Strait of Malacca and cut the shipping time by more than 2 days.

– The committee’s investigation into the fatal hit-and-run case relating Red Bull heir declared that there is evidence of conspiracy and dishonest prosecution. As a result the committee advised to re-open the investigation immediately. Moreover, the Public Sector Anti-Corruption Commission (PACC) received the proposals to investigate the misconduct of alleged officers involving in the case.

• 3 September 2020:
– A parliament house’s committee on the hope well project mentioned that there were many unlawful processes in the project. For example, the agreement had been signed by Hopewell (Thailand) which is a different entity as one approved by the Cabinet (i.e. Hopewell Holding (Hong Kong)). In addition, Hopewell (Thailand) was unlawfully registered with DBD which might lead to the invalidity of the administrative court’s judgment, which ordered the government to pay Hopewell (Thailand) THB 25 billion for wrongful termination of the contract.

• Approved principle: the establishment of the Sustainable Manufacturing Center (SMC) project, located in Eastern Economic Corridor (EECi-ARIPOLIS for BCG zone) will take 5 years during the period between 2021 and 2025 aiming to develop the platforms for industrial and innovation development relating to the automatic technology, robot and intelligence system

• 1 September 2020:
• Approved draft: 2 draft Min. reg. under the Revenue Code:
– Re: adjustment of assessable income and expenses for related entities: criteria for commercial and financial transaction that can be understood as transfer pricing;
– Re: Amount of income for entities under Section 71 (tri) para 3.: The entities, that have less then THB 200 Mio within 1 fiscal year, do not have to submit the disclosure report (fical year starting after 1 Jan 19); 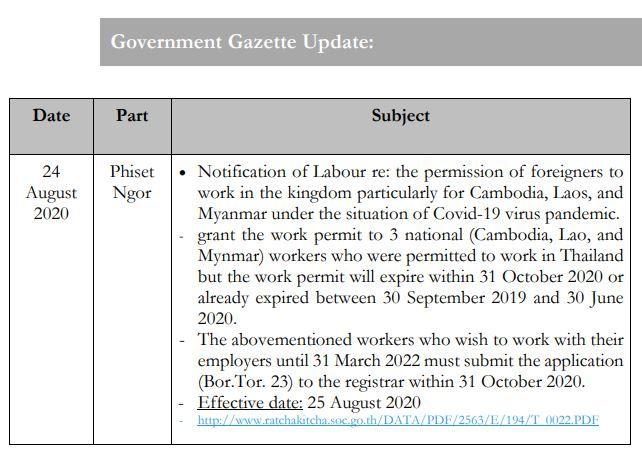 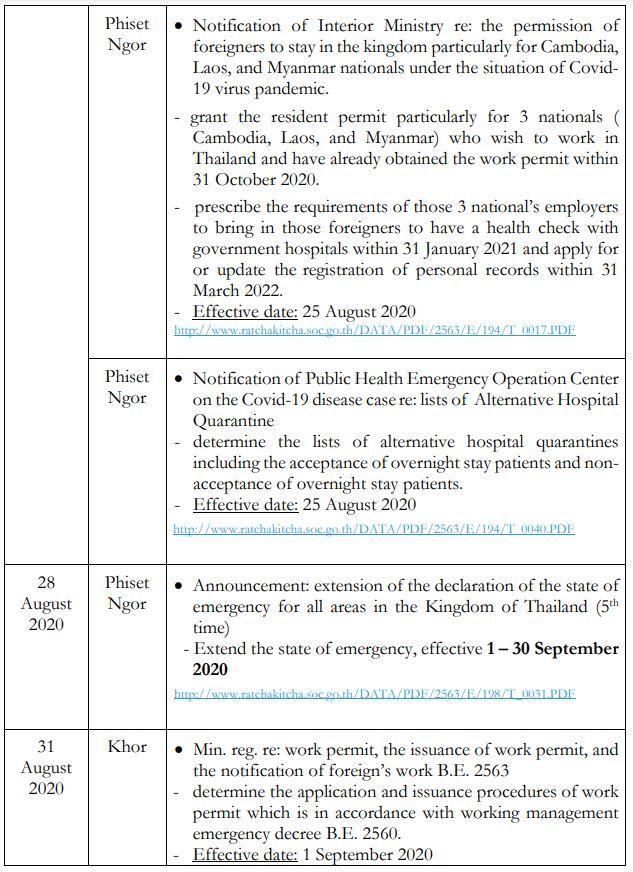 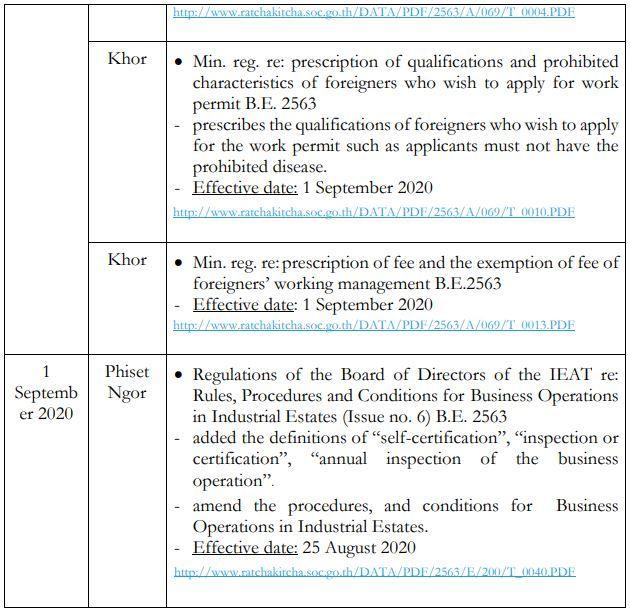