90 Days Reporting for Foreigners in Thailand

90 Days Reporting for Foreigners in Thailand

In case that a foreigner stays in Thailand for more than 90 days, he or his representative has to send a written notice to the Immigration Bureau upon completion of every 90 days period to inform the authority about his place of stay according to the Immigration Act B.E. 2522 (1979) Section 37(5).

“Section 37(4): If the foreigner travels to any province and will stay there longer than 24 hours, such foreigner must notify the police official of the police station for that area within 48 hours from the time of arrival.”

NOTE: However, according to a Police Department Regulation effective since 30 May 1979, an exemption for reporting according to Section 37 (3) and (4) applies to foreigners who received permission to stay temporarily under certain purposes of stay as follows:

“Section 38: The house-master, the owner or the possessor of the residence or the hotel manager where the foreigner, receiving permission to stay temporarily in the Kingdom has stayed, must notify the competent official of the Immigration Office located in the same area with that house, dwelling place or hotel, within 24 hours from the time of arrival of the foreigner concerned.  If there is no Immigration Office located in that area, the local official for that area must be notified.”

Since 1 April 2015, foreigners who stayed in Thailand over 90 days can make their 90 days report online. Applicants can submit this online application within 15 days and not less than 7 days before the due date of notification at www.immigration.go.th.

The applicant needs to fill in the information in the online application as follows:

In case the application is not approved, the applicant has to submit the application again at the nearest Immigration Office and has to bring his original passport, departure card (TM.6) and completed TM.47 form for the submission.

For advice or assistance for using the online service, you can call the Immigration Service      Hotline at 1178 or 1111

The Immigration Act from 1979 has not yet been amended, although there has been a press release stating that there were some considerations, concerns and efforts. However, the proposed amendments are not yet effective and therefore unenforceable.

Accordingly, any foreigner who is permitted to stay in the Kingdom temporarily and stays in the Kingdom longer than 90 days has to report to the Immigration Bureau for each and every 90 days period.

These reporting regulations may be time-consuming for foreigners, but since the Immigration Bureau is acting quite seriously on 90 days reporting, these regulations should not be overlooked since they are still effective and binding by law.  Furthermore, in case of emergency and other necessary purposes, it might be helpful if the Immigration Bureau has the foreigner’s contact information.

This announcement is effective as of October 1, 1998.

Before this announcement was made, the BOI organised a seminar for foreigners who are doing business or residing in Thailand. During this seminar, the representative of the immigration Bureau made the announcement to all the participants. Since then there have been many foreigners reporting to the Immi­gration Bureau. Some of the foreign communities are able to comply with the law but a majority still cannot.

Therefore some of them were fined at the new rate and this caused a lot of dis­satisfaction among the foreigners who blamed the Immigration Bureau for not notifying them beforehand. However, in reality, this Act has been enforced by the bureau since the date it promulgated as an Act. In addition the foreigners should know this law already since there is a warning written on the Arrival/Departure Card that everybody has in their passport. (Note number 5 of the TMG).

However, there is a certain number of foreigners, investors who are residing in Thailand confused by this Act. They have made many inquiries to several places regarding the enforcement of this Act. The Deputy Secretary of the Board of Trade, the Japanese Chamber of Commerce, the Taiwanese Business Community and Canadian Chamber of Commerce arranged a meeting with the General Commissioner of the Immigration Bureau for the purpose of clarifica­tion.

The General Commissioner of the Immigration has been notified of the matter and would like to clarify as follows:

If you report to the Immigration officers, they will proceed according to the present amount of fine. If they don’t, the officers will be neglecting their duties and charged with negligence.

Apart from this press release, the Immigration Bureau has already explained to all the Chambers for example, Taiwanese, Japanese and Canadian to help eliminating the confusion.

If there is a case of any body try to abuse the Immigration Bureau’s authority to check on any foreigners regarding this 90 days please inform the Immigra­tion so that legal action can be done from the Immigration bureau. 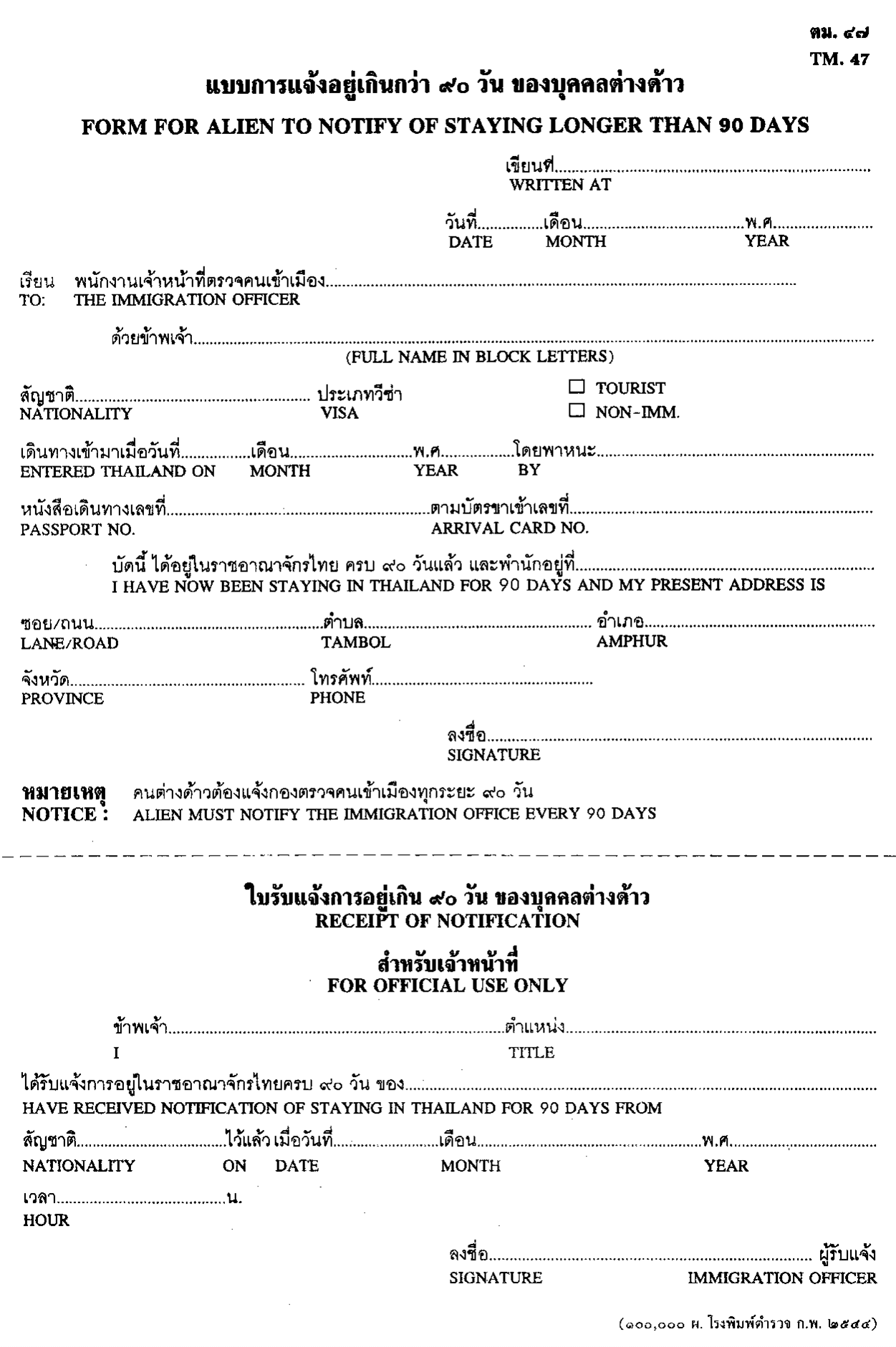